Welcome to Junk Jack 3.1.2! This update is out on all platforms: Steam, Android and iOS as soon as Apple approves it!

This version adds preliminary multiplayer based on direct connections between mobile devices! It works for local networks and over internet for reachable connections. It’s cross-platform between Android and iOS! 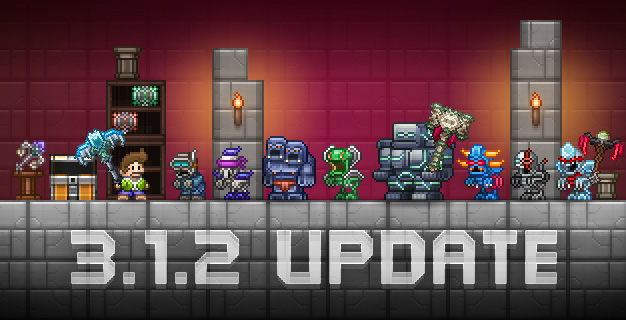 We also gave the game a new coat of paint with many tweaks,new craftable items, huge monsters, weapons, ancient craftable pick-shovels, revamped graphics and lots of features and refinements to improve the game balance and polish.

Check out the changelog! ( Some of these features are already present in the Android 3.1.1 version)

That’s all, happy mining and thanks for your continued support!

Hello everyone! We proudly announce that Junk Jack has been released on Steam!

Thanks everyone for the support during these months in Early Access, that helped us to improve the game in every aspect and reach that much desired goal.

This is not the end but just a major step towards the development of our dream sandbox game, stay tuned and have fun playing Junk Jack with your friends!

Hello everyone! We’re satisfied with the development status of Junk Jack and we think that it’s ready to be released by Early Access on Steam platform.

We’re completing last steps right now to be able to have everything ready for the chosen date!

See you soon in Junk Jack! 😀

We’re working hard to finish porting the game, the global status is quite promising! Although we didn’t manage before end of 2015 as we initially planned we hope to be able to start with Early Access phase shortly!

A big thing that slowed down our progress are the controls, the original game had controls optimized for touch devices, which isn’t good for a deskop game, so we worked on giving the character real physics behavior to make it more platform style, some tweaks are still to be done but the final effect is absolutely promising!

Another issue is the fact that we weren’t satisfied at all with the current tools and weapons, either aesthetically either with the mechanics, so we spent some time trying to figure how to improve the overall thing. We ended up with something that we’re sure you will enjoy, check this out:

Some inner details are still to be decided but we’re slowly finalising them!

In the Early Access phase you should expect a game that already has all the gameplay features available, but with some more delicate components still missing until we’re sure they work correctly. For example steam API integration or multiplayer, which will probably introduced some time after. This doesn’t mean that such features aren’t already implemented, but that we need time to make them work without problems!

Hello everyone, we’re making good progress on Junk Jack for desktop platforms, so we thought to share a roadmap to with you!

Starting from this roadmap, our primary task is to have the plethora of current features of Junk Jack X correctly ported and adapted for desktop platforms. So basically our schedule is the following:

The interesting part will come after our initial release, when we’ll be able to raise the bar and add many interesting features that have been in our construction yard for so much time, especially if we’ll be able to establish a good user base that can provide useful feedback to us!

As people that played our games on iOS already know, we’re quite dedicated to this game and we’ve been able to add so many features over the years on the mobile counterpart that we’re really excited to be able to enforce the same dedication for the desktop version of the game!

Check it out below: 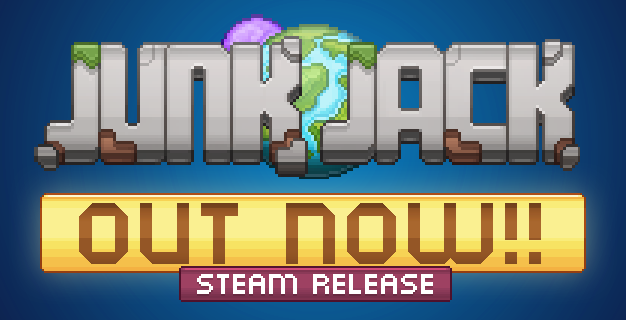 Available now on the App Store!