Hello miners, it’s Christmas once again! This update adds rare fossils on all planets which can be combined to form unique creations by assembling their pieces! 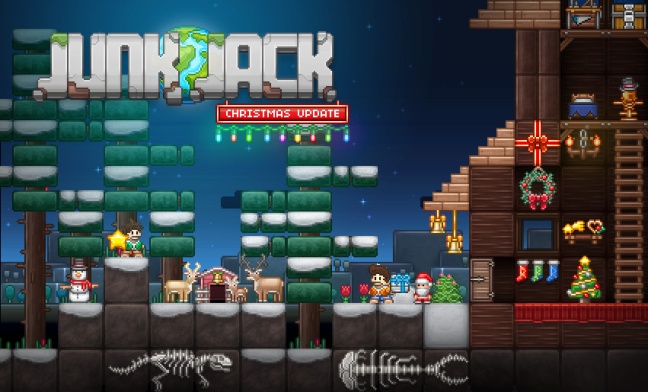 Merry Christmas by the Pixbits duo!

By popular request we have increased tools and weapons range starting from iron and fixed many reported bugs. Thanks for your support!

Merry Christmas by the Pixbits duo!

Hello miners! We just released on the App Store a patch which fixes many reported issues and crashes, making the experience better and hopefully crash-free. 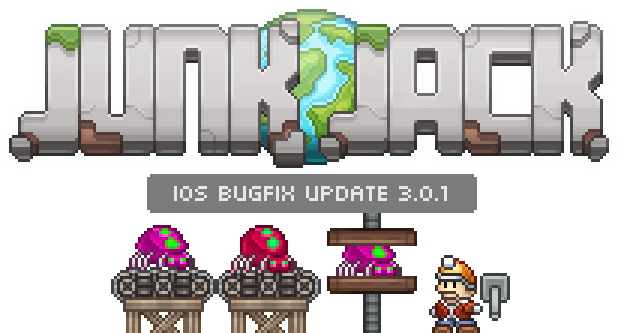 Thanks everyone for the support, we always appreciate constructive feedback.

This is our biggest update yet, it includes months of work and brings all the new features and improvements from our PC/Mac version to iOS. The changes are too many to list here, but we’ll try to mention at least the major changes below here!

There is a downside though: unfortunately we had to change the whole engine, this makes actual worlds and player incompatible, forcing you to start a new game to experience the new patch. Old worlds and players won’t be deleted but they’ll become unaccessible from the game.

We sincerely hope you understand, sorry for any trouble this may cause.
This is the only choice we had, the only alternative would have been to sell a different game under the same brand which wasn’t acceptable for us.

That’s not all! We made dozens of other tweaks and bug fixes to improve the game experience, we hope you will enjoy the new Junk Jack X 3.0!

We’re glad to tell you that Junk Jack X is almost ready to be sent to Apple. We have almost finished beta testing phase and we’re quite proud of the result so far 🙂

We can’t give you an exact release date but we guess you will be able to play it within some weeks! We managed to implement every feature we planned for the initial release, including 5 different planets. In addition we have already planned some hefty things but they’ll come with updates in the months following the release.

As you may already know we do not like the freemium formula for a game like Junk Jack X. So it will be a paid game: you pay once and get the whole game experience.

The launch price will be 4.99$ and it will be universal.

We hope to be able to announce a precise release date soon, in the meanwhile stay tuned and enjoy some iPad screenshots! 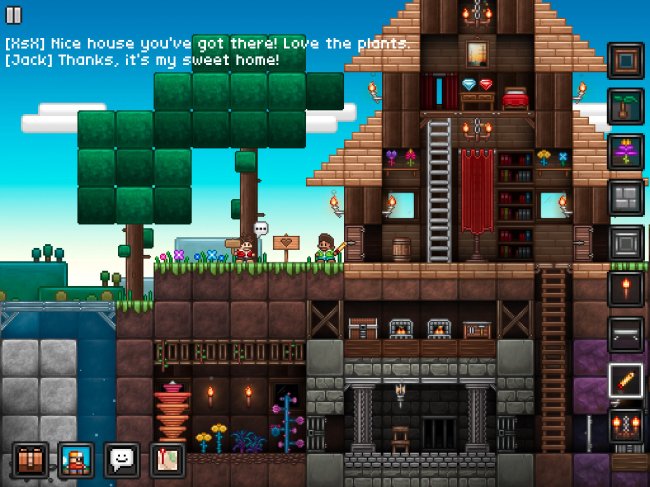 Thanks for all your support in these months 🙂

Hi guys, we are here after a quite long long blog silence (sorry!)to give you the registration form that will let you apply for beta testing our game Junk Jack Mining Game. You can find it at this address. Just a courtesy: if you are interested in beta testing as a press operator please specify it in the nickname field (by specifying the address of your website), so that we know it.. thanks 😉

Since you can’t apply twice for same UDID or email, if something goes wrong (eg. you press enter but some field were incomplete), just write it down here as a comment, we’ll delete the entry to let you apply again! You can even send us an email at pixbits@gmail.com with subject “junk jack beta apply” and all the required fields.

We can’t assure to let everyone in, but we will do our best to make you guys happy!

The game is progressing well, and lots of ideas, tweaks, improvements have been added, and we are continuing to do that, every day. We changed some of our ideas during the development, so we actually added some cool features and disabled some other that are more suitable for updates (mostly because of debugging time needed for them).

We have finally music too, thanks to BrightPrimate help, which is doing a really good work. Check out his website here! : http://www.brightprimate.tk

We hope to be able to satisfy your appetites with an updated video, as soon as we’ll have some time to handle these issues too, in addition to development itself. 🙂

Now we need your help!
Spread the word 😀

These creatures hurt quite a bit.. 😀 (final design may change a bit, but you should get the idea)
Back to work now, there is still a lot of work to be done, as always.

Hi guys, a quick update for today.
We have a fully working dynamic lighting engine, and we are totally excited by that!

Here is an ingame screenshot: 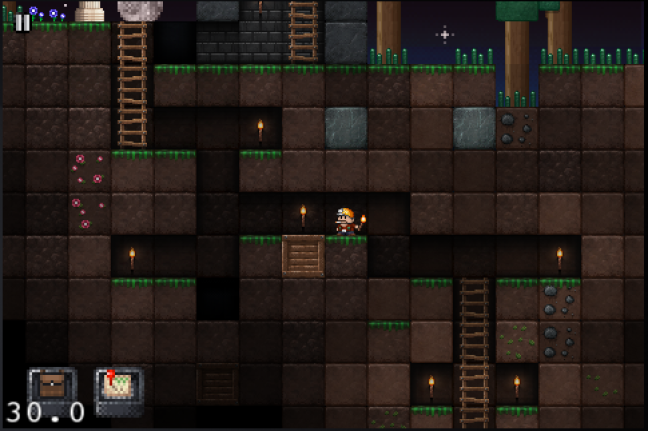 edit: here’s another screenshot that shows how it works in the darkness:

What do you think of it?
Soon other updates! 😀

In these 2 days I experimented enough with lighting engines, this is a prototype I came up with: http://www.pixbits.com/junk-jack/lighting. It seems to give pretty results and it would be nice to implement it inside the game but I don’t know if I’ll make in time for release, probably this will come later (actually we will see, nobody knows, maybe if I feel inspired!).

Of course we kept our work going too, fixing many bugs and adding last buildable blocks (Xsx drew lovely things). Now we’re gonna go back to balancing the quests.. feel free to experiment with the prototype in the meanwhile 🙂

Hi, we are happy to show you these screenshots with an ingame building and some of the materials we prepared (and are still preparing!) for your future use in the game.

What do you think guys?

Available now on the App Store!